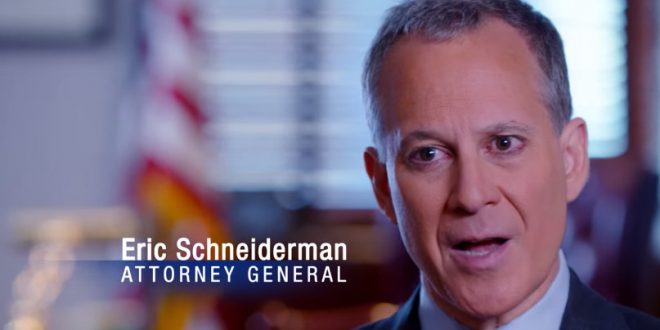 Trump Foundation: The Former New York AG Only Sued Us Because He Personally Hates Donald Trump

Former state Attorney General Eric Schneiderman sued President Trump’s family foundation out of personal hatred and used the litigation as a prop to boost his own campaign fund-raising, according to the lawyer for the charity.

Alan Futerfas, the attorney defending the Donald J. Trump Foundation against the AG’s lawsuit, filed a motion on Thursday asking a judge to dismiss the case because of Schneiderman’s political motivation.

“There is a substantial public record of antipathy by the NYAG towards the President,” Futerfas said, according to court records. As proof, the lawyer points to Schneiderman’s comments to “lead the resistance” against Trump and his promises to “attack the President and his policies, describing the President as out to ‘hurt’ New Yorkers.”