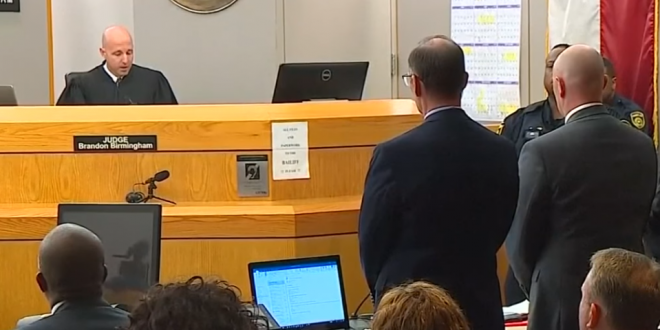 A Dallas County jury found the former Balch Springs police officer who killed 15-year-old Jordan Edwards guilty of murder Tuesday. Roy Oliver, 38, was found not guilty, however, on two counts of aggravated assault for firing his rifle into a car full of teens as they left a house party last year.

Oliver was taken into custody, his bond revoked, and the trial’s sentencing phase began immediately. He faces up to life in prison. In the hallway after the verdict was read, Jordan’s father, Odell Edwards, embraced supporters, rocking them from side to side as he wiped tears from his reddened eyes.

White Texas police officer found guilty of murder for fatally shooting black teen in car. This life should never have been lost. https://t.co/SfxnPwXO0V