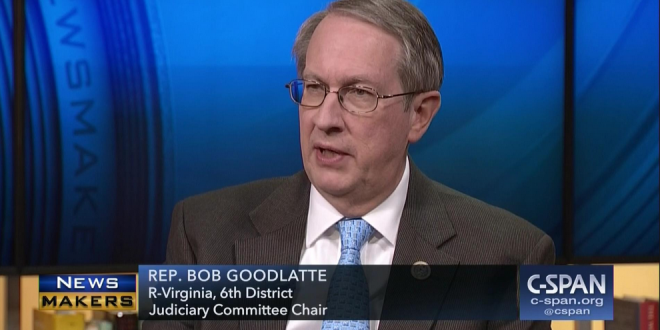 Does this qualify as more infighting?

Bobby Goodlatte, the son of House Judiciary Committee Chairman Bob Goodlatte (R-Va.), said on Monday he is “embarrassed” that his father’s “political grandstanding” cost FBI agent Peter Strzok his job. Earlier Monday, it was announced that Strzok was fired on Friday after sending disparaging text messages about President Trump during the 2016 election. Strzok, a frequent target of GOP critics of special counsel Robert Mueller’s investigation, clashed with the elder Goodlatte during a hearing on Capitol Hill last month.

The elder Goodlatte is retiring at the end of this term.

I’m deeply embarrassed that Peter Strzok’s career was ruined by my father’s political grandstanding. That committee hearing was a low point for Congress.

Thank you for your service sir. You are a patriot https://t.co/3dNN3AlXCZ

I just gave the maximum allowed donation to Jennifer Lewis, a democrat running for my father’s congressional seat. I’ve also gotten 5 other folks to commit to donate the max. 2018 is the year to flip districts — let’s do this! https://t.co/bYCKta2Bhs