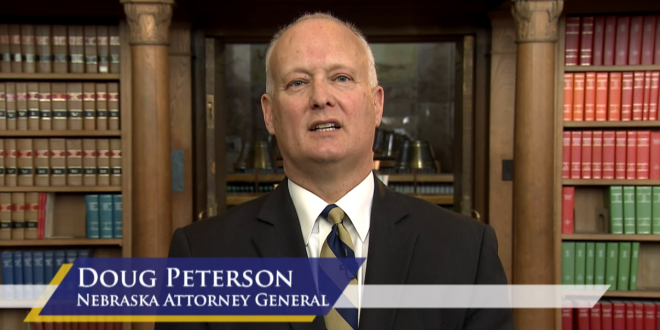 Sixteen States Petition US Supreme Court: Companies Should Be Able To Fire Workers Just For Being LGBT

A group of 16 states urged the U.S. Supreme Court Aug. 23 to rule that companies can fire workers based on their sexual orientation and gender identity without violating federal workplace discrimination law.

The states, led by Nebraska Attorney General Doug Peterson, asked the justices to overturn an appeals court decision against a Michigan funeral home that fired a transgender worker. They said Congress didn’t intend the ban on sex discrimination in Title VII of the 1964 Civil Rights Act to cover bias against lesbian, gay, bisexual, or transgender employees. “The States’ purpose is to note that ‘sex’ under the plain terms of Title VII does not mean anything other than biological status,” Peterson wrote.

The friend-of-the-court brief is the latest development in a legal debate that has divided courts and exposed a rift within the Trump administration. The Equal Employment Opportunity Commission says LGBT bias already is banned, but the Justice Department disagrees.

Kentucky Gov. Matt Bevin has joined officials from 16 states in urging the U.S. Supreme Court to rule that people who identify as lesbian, gay, bisexual and transgender do not have special protections against discrimination on the job. Bevin spokeswoman Elizabeth Kuhn said the governor signed onto the brief to support states’ rights to determine employment protections.

“The state’s authority to create employment protections outside Title VII was established when the law was enacted in 1964 and should not change as a result of modern-day judicial activism,” Kuhn said. “Since Attorney General (Andy) Beshear will not defend the well-settled law supported by most Kentuckians, Gov. Bevin was compelled to join attorneys general from other states to ensure that Kentucky’s authority is not stripped away by the courts.”

As you can see below, the brief was co-authored by Nebraska Deputy Attorney General David Bydalek, formerly policy director of the Nebraska affiliate of Focus On The Family.

As for Peterson, he last appeared on JMG when he attempted to stop same-sex spouses from listing their names on their children’s birth certificates.

Peterson took office in January 2015. Weeks later he filed an emergency appeal of the ruling that overturn Nebraska’s marriage ban. His appeal remaining pending until the Obergefell ruling.