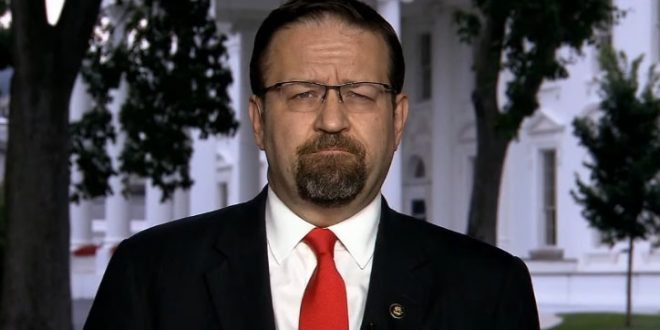 Sebastian Gorka: Russell Crowe Could Play Me In The Movies But Only If He Loses Weight And Gets In Shape

Sebastian Gorka says there’s at least one actor who might be a (somewhat) good fit to play him: Russell Crowe. “A lot of people tell me I remind them of Russell Crowe,” Gorka, a former Trump White House aide, told ITK on Wednesday at the premiere of Dinesh D’Souza’s Death of a Nation.

“And hopefully Russell Crowe in his heyday, not today,” Gorka, 47, added with a grin. Crowe starred as a musclebound warrior in the 2000 film. Gladiator. He later gained a reported 63 pounds for a role in the 2008 movie Body of Lies. “He needs to get back into the gym,” Gorka said. “So Russell, if you’re listening: Get back on the treadmill,” Gorka added.

Steven Seagal would actually be the perfect choice.

Previous Glorious Leader: Only Most Of The Media Is The Enemy
Next Omarosa’s Book: Trump’s Mental Decline Is Undeniable