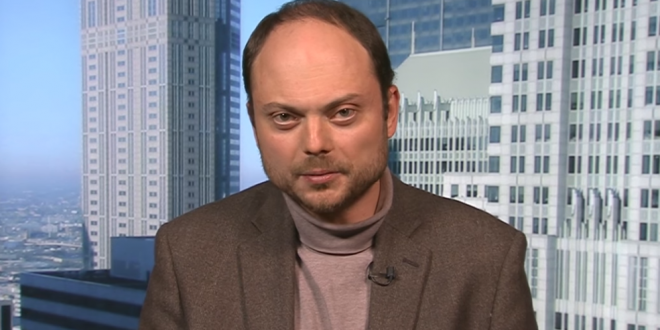 Russian Dissident To Be DC Pallbearer For John McCain

Even in death, John McCain has one final burn planned for two of his biggest foes — Vladimir Putin and Donald Trump — at a moment when much of the world will be watching. The Republican senator from Arizona, who planned his own funeral, chose Russian dissident Vladimir Kara-Murza as one of the dignitaries to carry his coffin to the front of the Washington National Cathedral at Saturday’s memorial service.

The funeral cortege, or procession, is often one of the most-watched parts of any televised memorial service, and McCain appears to have chosen his pallbearers with that in mind. The choice of Kara-Murza, who twice suffered organ failure from poisoning, appears aimed at sending a last message to Putin and Trump, who McCain had criticized for sounding too cozy with the Russian leader, amid an investigation into whether the U.S. president’s allies cooperated with Moscow’s efforts to intervene in the 2016 election.