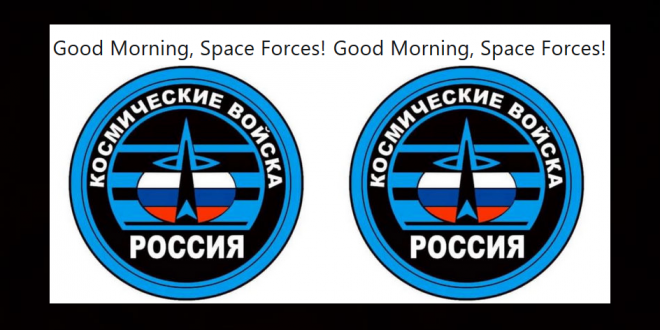 Using Trump’s favorite mode of communicating, the embassy tweeted “Good Morning, Space Forces!” along with a graphic of a rocket being launched and features the Russian flag. The tweet also links to a Ministry of Defense of the Russian Federation’s Space Forces website.

Trump in an email asked supporters to vote on six proposed logos, which almost all include the phrase “Space Force.” One of the designs, however, has the phrase “Mars Awaits.” One of the proposals has also been criticized online for resembling the NASA logo.

Trump has sent an email to his supporters asking them to vote on a logo for the "Space Force."

Interesting that one of the proposed logos says "Mars Awaits" b/c that has nothing to do w/ what the Space Force would do. NASA does space exploration. Space Force is about defense. pic.twitter.com/V4dheD4Arr

Having a hard time understanding how @realDonaldTrump is selling “Space Force” merchandise for his own benefit and thinks holding a contest for Trump supporters to “vote on” a new logo for the proposed new military branch is LEGAL and unchallenged. pic.twitter.com/4IAs6TXPmx