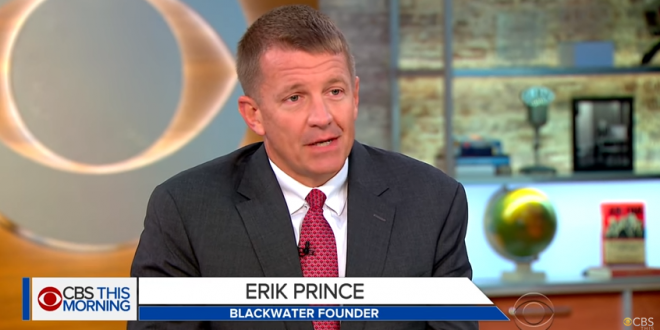 President Donald Trump is increasingly venting frustration to his national security team about the U.S. strategy in Afghanistan and showing renewed interest in a proposal by Blackwater founder Erik Prince to privatize the war, current and former senior administration officials said.

Prince’s idea, which first surfaced last year during the president’s Afghanistan strategy review, envisions replacing troops with private military contractors who would work for a special U.S. envoy for the war who would report directly to the president. It has raised ethical and security concerns among senior military officials, key lawmakers and members of Trump’s national security team.

A year after Trump’s strategy announcement, his advisers are worried his impatience with the Afghanistan conflict will cause him to seriously consider proposals like Prince’s or abruptly order a complete U.S. withdrawal, officials said.

Read the full article if you can bear it.