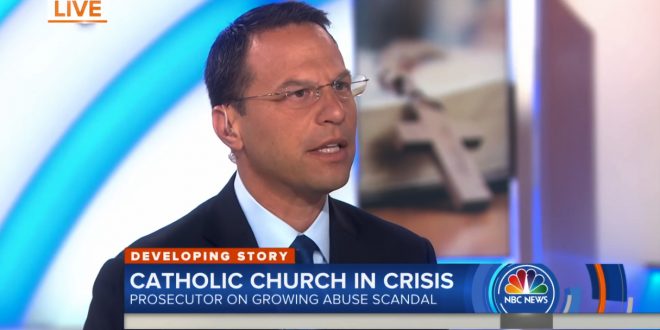 Pennsylvania AG: The Vatican Knew About The Coverup

“I can’t speak specifically to Pope Francis, but I think the broader issues here with the Vatican knowing about this, with church leaders knowing about it, and the reaction you’ve seen not just from Catholics, but from Americans and people all across the globe, is just a fundamental disappointment and anger at institutions,” Shapiro said.

During his Today show interview, Shapiro did not elaborate on what evidence his office has that the Vatican had knowledge of the cover-up, but the redacted grand jury report released earlier this month contains a couple dozen references to the Vatican.