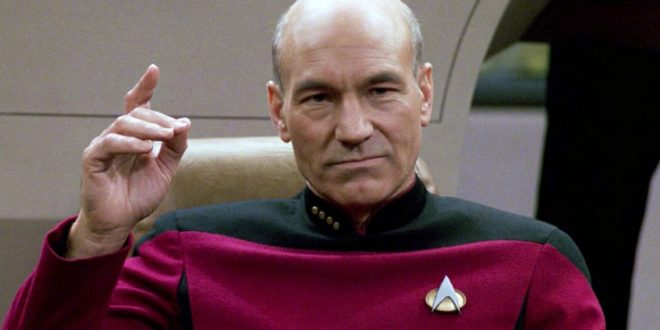 Patrick Stewart To Return To TV As Jean-Luc Picard

Star Trek producers revealed Saturday that Patrick Stewart will reprise the role of Star Trek: The Next Generation captain Jean-Luc Picard on the franchise’s new series. The actor is also set to serve as executive producer on the series, which will air – like Star Trek Discovery – on CBS’ video-on-demand service All Access beginning in the fall of 2019.

The announcement was made yesterday afternoon at Star Trek convention in Las Vegas where Stewart spoke to the audience. Video below.

It is an unexpected but delightful surprise to find myself excited and invigorated to be returning to Jean-Luc Picard and to explore new dimensions within him. Read my full statement in the photo. #StarTrek @cbsallaccess Photo: @shervinfoto pic.twitter.com/8Ynuj3RBNm

Previous Trump Admits Collusion At Trump Tower Meeting
Next Conway: Journalists Are Not The Enemy Of The People