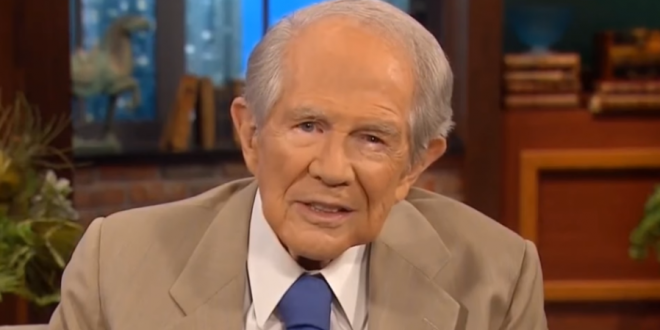 “It’s an outrage. Little teeny children as young as two years-old being exposed cross-dressers, homosexuals who dress up as women and are called so-called drag queens. They’re men acting like women — and they used to, out in San Francisco, used to call them ‘he-shes’ — and they’re reading books to children. If you read the Bible, there were a couple of cities where they actually, the men tried to have sex with angels who were then as male figures and God destroyed those cities. The crime was called, subsequent to that, it was called sodomy.

“The United States of America is on very slippery ground. How is God going to bless America if we put our finger in his eyes repeatedly? And that’s what we’re doing. It’s not just some library that is going to be in trouble, it’s the whole population when God brings judgment.” – Pat Robertson, on libraries hosting drag queen “story hours” for children.