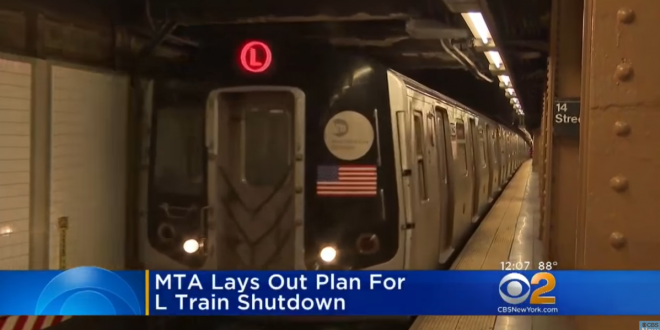 It appears that the Williamsburg exodus has begun — with apartment inventory shooting up by 25 percent and rent slipping back down to 2015 prices — thanks to the L-train shutdown. Local hipsters are apparently heading for the hills as the final day of service fast approaches.

“The shutdown is eight months away, which means that anyone who has to renew a lease is thinking twice,” explained Grant Long, senior economist at StreetEasy.

Furthermore, a “pre-shutdown shutdown” is set to begin on August 11th — meaning service will be disrupted between Brooklyn and Manhattan for at least 15 weekends before the official closure even goes into effect.

The pre-shutdown shutdown will halt weekend L service between Eighth Avenue in Manhattan and Myrtle-Wyckoff (or sometimes Broadway Junction) in Brooklyn for the entirety of October and February, three weekends in March, and also this coming weekend.

Additionally, weekend service will be suspended on April 13th and 14th—suggesting that the actual tunnel reconstruction won’t begin until the second half of the month. The full 15-month shutdown between Bedford Avenue and Eighth Avenue in Manhattan is scheduled to begin sometime in April, though an official date has not yet been announced.

What’s actually wrong with the L? Blame Hurricane Sandy. When the lethal storm ravaged the city in 2012, the Canarsie Tunnel, which carries the L across the East River, took a serious beating. Some 7,100 feet of the tunnel was left with damaged signals, broken cable ducts, deteriorating switches, and shattered lights — and that’s in addition to the tubes’ ever-weakening structural support. Without repairs, the line would continue to crumble — and civilian casualties are a far worse fate than 15 months sans L train.

The L train is known by many locals as the “Hipster Express” as its first stop on the Brooklyn side is Williamsburg. Tourists also favor the L train for trips to Brooklyn so shops and restaurants are bracing for nosediving traffic.

Looks like the L is shutting down every weekend in October, February, and most of March (plus a bunch of other weekends) to prep for the *actual* shutdown to “ensure project duration stays within 15 months.” pic.twitter.com/e3oket7Gdd

Previous Ingraham: Massive Demographic Changes Have Been Foisted Upon America And Most Of Us Don’t Like It
Next Puerto Rico Formally Hikes Hurricane Death Toll By 20X