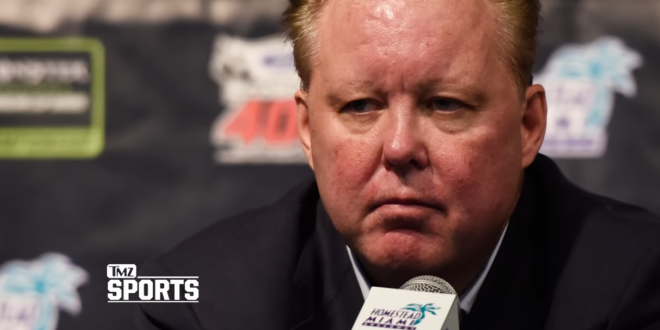 Brian France — the CEO and Chairman of NASCAR — was arrested for DUI on Sunday evening in The Hamptons and cops say he was also in possession of oxycodone, TMZ Sports has learned.  The 56-year-old — one of the most powerful people in professional sports — was initially stopped in Sag Harbor, NY while driving a 2017 Lexus.

We’re told France’s blood alcohol level was more than TWICE the legal limit. Cops say during the stop, they found oxycodone pills during a search of his person. And sources tell us during the process, France was name-dropping all of the powerful people he knew and even mentioned his relationship with President Donald Trump.

France reportedly failed a roadside sobriety test after blowing through a stop sign. He spent last night in jail and has been charged with both DUI and criminal possession of a controlled substance “in the seventh degree” – whatever that means.