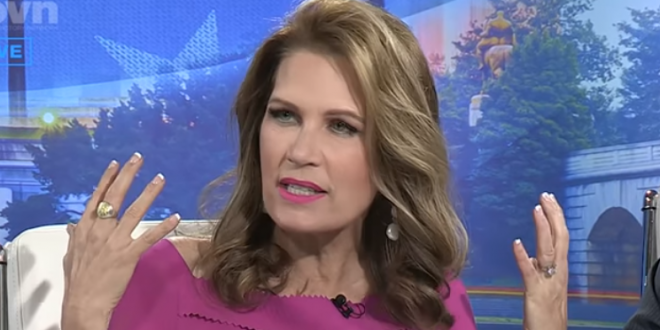 “Barack Obama and Hillary Clinton colluded together with a former spy from Russia to spy on Donald Trump’s campaign, including embedding a human being in his campaign to spy on him and use the instruments of the United States government – the CIA, the FBI – to spy on a candidate for president. The government was used against political opponents.

“I’ll tell you the people who should be under investigation, really who should be in jail right now, and I don’t say this to be partisan, is our former president, our former candidate for the Democrat Party. So rather than Donald Trump being under the microscope, it should be Hillary Clinton, it should be Barack Obama.” – Michele Bachmann, parroting the usual lies from the fever swamps of Teabagistan.