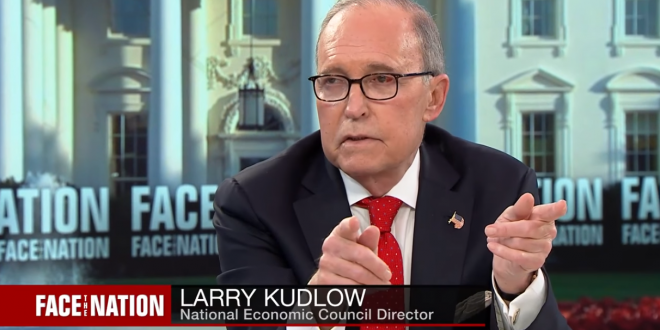 Trump tweeted early Tuesday morning that Google’s search results only show reporting from what he labeled the “fake news media.” Kudlow was asked Tuesday during a brief exchange with reporters whether the Trump administration feels that “there needs to be some form of regulation for Google.”

“We’ll let you know. We’re taking a look at it,” Kudlow replied as he walked back into the White House after a TV interview with Fox News.

Media Matters has an excellent breakdown of the ridiculous methodology behind the far-right claim that came to Glorious Leader’s attention thanks to Lou Dobbs, Matt Drudge, and Zircon & Burlap.