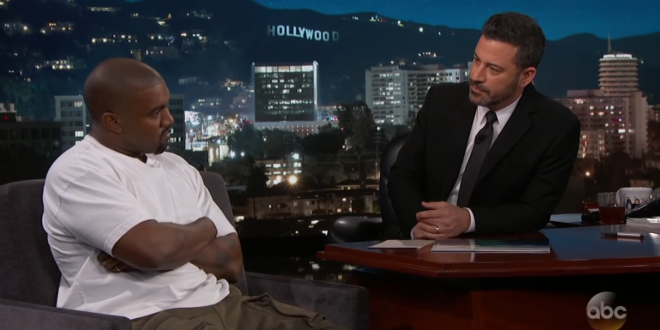 Rapper Kanye West isn’t known for holding his tongue, but at one point in a meandering interview on TV’s “Jimmy Kimmel Live” Thursday, one question brought silence. Kimmel, a near nightly critic of President Donald Trump, hammered the performer over his support for Trump, whom West once described in a tweet as “my brother.”

Kimmel asked, “I mean, you’ve so famously and so powerfully said George Bush doesn’t care about black people. It makes me wonder what makes you think that Donald Trump does?”

The a camera focused on West, whose gaze, aimed high, became still, and whose arms were folded. No words emerged for a beat or two, and there was nervous laughter from the studio audience. Kimmel rescued the interview by saying, “Why don’t we take a break … “