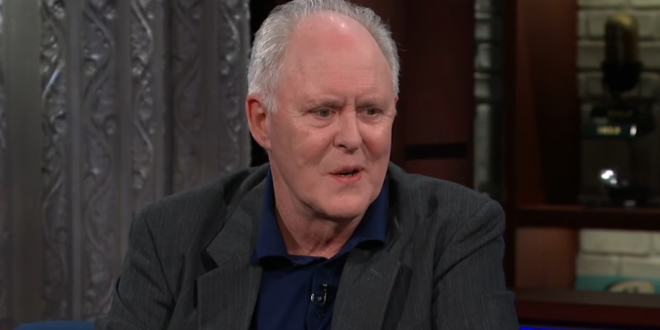 Has John Lithgow ever played somebody so totally evil?

John Lithgow will play Roger Ailes, the Fox News chief who masterfully exploited the country’s political divisions to rise to the top of the cable news heap, in Annapurna’s upcoming drama about the sexual harassment scandal that ended his career.

The Tony and Emmy winner joins a cast of heavyweights that includes Nicole Kidman, Margot Robbie, and Charlize Theron. The currently untitled film focuses on Ailes’ downfall, zeroing in on a group of female employees who bucked the culture of sexism at the network to oust the news baron from power.

Kidman will play Gretchen Carlson, the Fox News anchor who sued Ailes for harassment in July 2016, and Charlize Theron will portray Megyn Kelly, a star at the network whose decision to go public with her own story of abuse was seen as a key turning point.