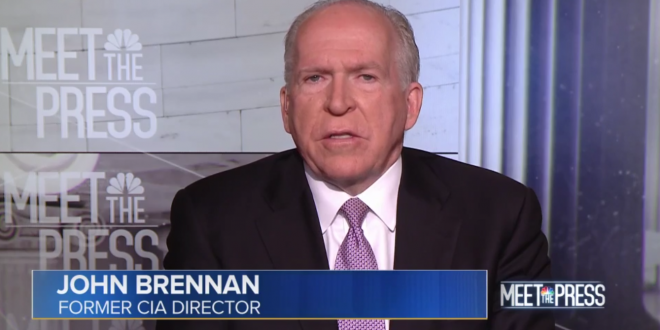 Former CIA director John Brennan appeared on Meet The Press this morning and Chuck Todd asked if he stands by his claim that Trump has committed treason.

“Well I called his behavior treasonous, which is to betray one’s trust, and to aid and abet the enemy, and I stand very much by that claim,” Brennan answered.

“Well, I think these are abnormal times and I think a lot of people have spoken out against what Mr. Trump has done” said Brennan. “I think I need to speak out. And so I’ve been speaking out rather forcefully because I believe it’s important to do so. I don’t believe I’m being political at all. I’m not a republican, I’m not a democrat.”