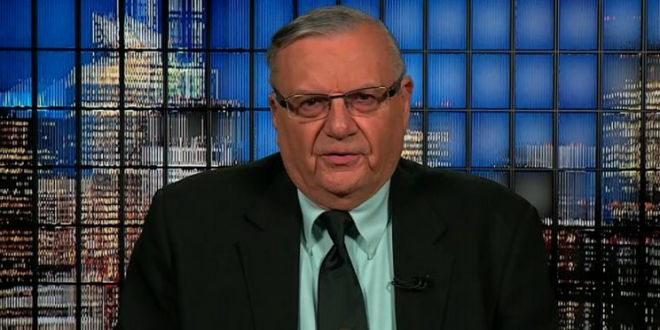 Senate candidate Joe Arpaio complained on social media Friday night that U.S. Sen. John McCain’s wife, Cindy, blocked him from seeing her posts on Twitter. Arpaio’s complaint came on the day the McCain family is coping with the end stages of his brain cancer.

Some thought it an unseemly attempt to attract attention to his struggling Republican campaign. “You have one more example of Joe Arpaio having extremely poor taste in pursuit of his political ambitions,” Republican consultant Nathan Sproul said.

But it also may be an effort to draw the attention of President Donald Trump, a friend who could still impact Arpaio’s prospects as voting draws to a close next week. The former sheriff of Maricopa County is vying against U.S. Rep. Martha McSally and former state Sen. Kelli Ward. Polls show the former sheriff in last place, a standing he has dismissed as “fake.”

Arpaio’s now-deleted tweet read: “I tweeted out my thoughts & prayers for @SenJohnMcCain and @CindyMcCain BLOCKS me on twitter? @POTUS @realDonaldTrump @FoxNews.” Arizona’s primary is this Tuesday.

Sheriff Joe Arpaio is taking a direct aim at @MarthaMcSally @RepMcSally for being nothing more that a turncoat plant for the #DeepState establishment that are determined to oust our @POTUS @realDonaldTrump #AZSen pic.twitter.com/uMI0EBdpAu

The #FakeNews #FakeMedia #FakePress #FakeRadio in the State of Arizona is horrible and should be ashamed of themselves with the lies and censorship of @RealSheriffJoe. The people of this great state can read & see right through your bs.