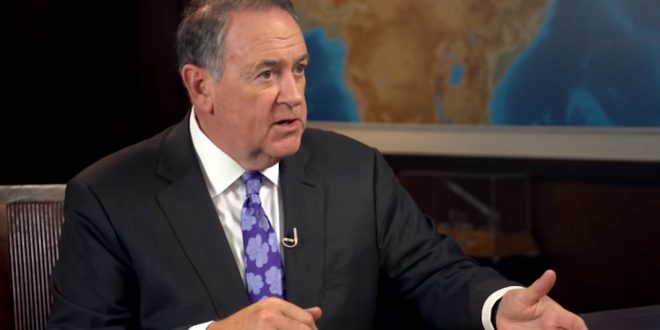 Mike Huckabee, the former governor of Arkansas, has laid a ceremonial brick at a Jewish settlement in the Israeli-occupied West Bank and said he might one day buy a “holiday home” there.

The two-time Republican presidential hopeful and father of the White House press secretary, Sarah Sanders, used a cement trowel to pave a wall in the community of Efrat as a symbolic gesture of support.

“I’m building because I one day might want to purchase a holiday home here in Efrat,” he told journalists at an event supported by settler organisations. “If President Trump could be here today, he’d be a very happy man,” he said, standing in front of a red sign that said “Build Israel Great Again”, a twist on Donald Trump’s campaign slogan.