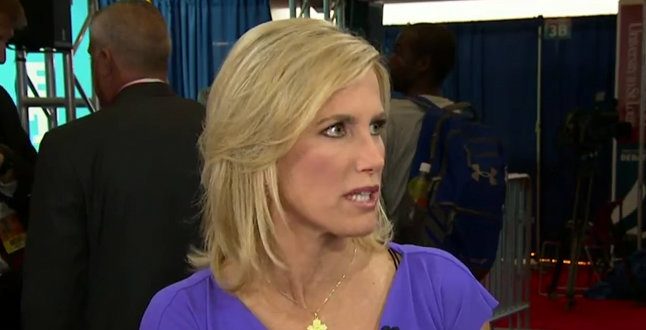 Democratic Rep. Ted Lieu (Calif.) on Thursday took aim at Fox News host Laura Ingraham’s lamentation that the “America we know and love doesn’t exist anymore” because of immigration, tweeting that he served in the military to defender her “right to make racist statements.”

Lieu’s comments came in response to remarks Ingraham made Wednesday, saying that “massive demographic changes have been foisted upon the American people,” and calling them “changes that none of us ever voted for and most of us don’t like.”

Dear Laura Ingraham: I served on active duty to defend your right to make racist statements.

America is not a race or demographic. It’s a beautiful & bold idea, based on life, liberty & the pursuit of happiness. You @IngrahamAngle are no more American than I am or others are. https://t.co/Op7rnjak5o

Fox News hosts have adopted the language of white nationalists, right down to the “white genocide” line https://t.co/xtB3GB0pXI https://t.co/PYOxtQ0mJW

This is some, uh, some real Nazi shit right here, @IngrahamAngle. https://t.co/PQnZkLOC08

It will be weird if things are ever somehow not the way they are now again and all these disgusting knobs fitting “white genocide” into all their shows have to go back to talking about taxes. https://t.co/78p094LV46

Hannity’s Mueller rants get the most attention, but Carlson’s and Ingraham’s drift towards white nationalism are probably more dangerous in the long term. https://t.co/RNsO8gIlhE

Speak for yourself, and every other last gasp of a dying gen, @IngrahamAngle. WE love this country’s diversity. https://t.co/2GijMcK6vA