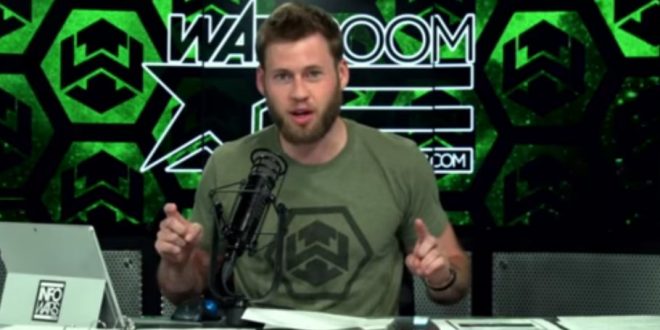 InfoWars Host: Hawaii’s Hurricane Was Split In Two By An Energy Beam Fired From Antarctica By John Kerry

PROF. DARRELL HAMAMOTO: Owen, that’s an amazing graphic. I think we’ve seen a number of the channels on YouTube that show us a different bizarre weather that’s been occurring across the world and in the United States that are listed in YouTube. But in watching that graphic, I’m remembering all of a sudden that didn’t John “Skull and Bones” Kerry, the former presidential candidate against George W. Bush, another Skull and Bonesman, didn’t he go — he made a quick trip to Antarctica not too long ago, did he not?

SHROYER: No, you’re 100 percent accurate. John Kerry was in Antarctica, I think it was two years ago or less.

HAMAMOTO: I don’t know, was he checking out the hardware or the facility? There are all kinds of different rumors and speculation and I think they need to be checked out. Maybe John Kerry should be visited by some of our intelligence people. Maybe this would be a good use of the FBI instead of trying to indict President Trump on these crazy charges. But maybe the FBI can be interview John Kerry and ask him what he was doing down there and what he found out.