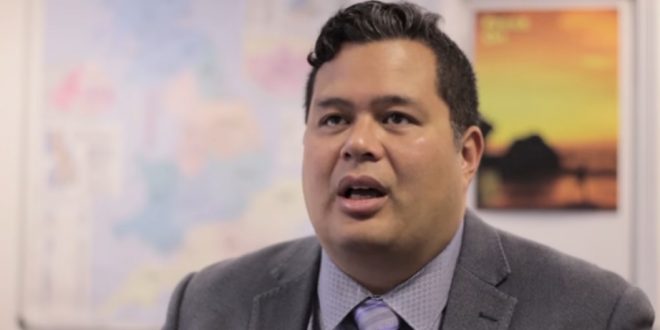 California’s extreme “stay gay” bill fulfills the most important aspiration of the LGBT movement. Marriage, military service, and even anti-discrimination laws all pale in importance beside the acquisition of a captive constituency. Gays know that homosexual life is not enough to keep large numbers of people locked in their dating pool if they know how easy it is to get out of the gay scene and go straight. (It is exceedingly easy, by the way.) They need the world to signal belief of their fantasy that they were born gay. They need self-questioning men and women to believe that it is more dangerous to get out of the gay lifestyle than it is to stay in it with all its epidemiological and psychological burdens.

While blacks and Latinos provide Democrats with badly needed voting blocs, the gays and Muslims are indispensable sources of money. What gays wants, Democrats provide – they’ve been trained like show poodles with all the cash gays have funneled to them over the years. If the Democrats have enough votes in Congress to ban any defection from the homosexual life anywhere in the United States, they will avail themselves of the power. Trump is not particularly worried about LGBT issues. He may feel that evangelicals just care about wedding cake laws and won’t abandon him over conversion therapy. Chances are, Trump will sign it.

A national law against conversion therapy will create a sexual police state because it will allow the government to monitor a vast range of interactions that fall under “counseling.” Churches, schools, medical professionals, and even bloggers like me will find themselves increasingly under the threat of lawsuits, loss of licenses, censorship, and social media mobbing unless they guarantee gay adults a steady pipeline of new gay recruits drawn from children and teenagers.

PREVIOUSLY ON JMG: In June 2018, Lopez filed a resolution at the Southern Baptist Convention’s annual meeting which would declare it “heresy” to say God makes people gay. In April 2015 Lopez filed an amicus brief with the Supreme Court in which he declared that gay marriage must be stopped because gay writers are just horrible to him. In March 2015 Lopez declared that gay activists are incentivizing home-wreckers. Also that month Lopez declared that gay parents like Elton John are disgusting terrorists. In December 2014 Lopez filed an amicus brief with the Eleventh Circuit Court in which he opposed Florida marriage because gays have been telling lies about him. In September 2014 Lopez compared the Human Rights Campaign to the Khmer Rouge. Also in September 2014 Lopez petitioned the Fifth Circuit Court of Appeals to stop gay marriage in Texas because he used to be a prostitute. In April 2014 Lopez filed an anti-gay amicus brief in support of Virginia’s ban on same-sex marriage. In March 2014 Lopez declared that gay men are turning surrogate mothers into breeding slaves. In 2013, in addition to appearing on stage at an anti-gay Manif Pour Tous rally in France that was supported by neo-Nazis, Lopez testified against LGBT equality before several state legislatures and he co-signed an anti-gay homocon brief to the Supreme Court in support of DOMA. You really must read the Media Matters take on Lopez’ trilogy of gay erotica.