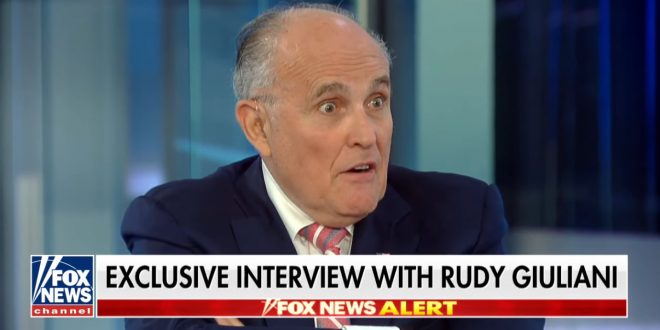 Giuliani On Trump Testifying Under Oath: “You Think We’re Fools? We’re Not Going To Do That” [VIDEO]

If you took a shot every time Rudy Giuliani said the word “illegitimate” during his appearance on Fox News Wednesday night, your liver has my sympathies.

Mueller wants Trump to testify under oath so he’ll perjure himself, Giuliani said. “You think we’re fools?” he asked. “We’re not going to let you do that.” Mueller doesn’t need to “ask a single question on obstruction,” Giuliani added. “He has all the answers.”

Previous Tribune Breaks Off $3.9B Sinclair Merger, Sues Sinclair
Next Ingraham: Massive Demographic Changes Have Been Foisted Upon America And Most Of Us Don’t Like It