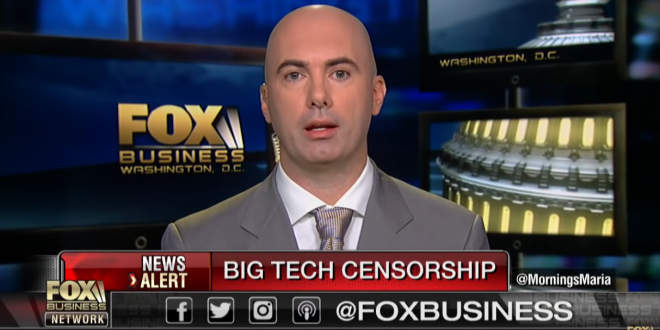 Former Trump Strategist Laments Bans For Alex Jones: Which Of The “Patriotic Voices” Will Be Next? [VIDEO]

“I think the real question here is who’s going to be next? Because at least in Alex Jones’ case, the language that they used was ‘hate speech’ and that’s a very broad term and it’s not really clear on any given day what that means to these tech companies. It’s important to remember that personnel is policy, and stacked from the bottom to the top of corporate leadership, department heads of all the tech companies they are hardcore leftists.

“And if this is just the first example of them censoring somebody or going after somebody, it just makes me wonder who’s next, whose unfavorable opinions will be targeted next for deplatforming by Apple or any one of these larger, other large social media companies. Will it be people who oppose illegal immigration, or question the latest on gender politics, or pro-lifers?

“At what point does it cross the quote, unquote ‘hate speech’ line, especially when they’re relying on far left organizations like the Southern Poverty Law Center to define exactly what hate speech is, which would include this network here. It does concern us though that they are essentially removing the platform, in many cases funding, for right-wing conservative voices, patriotic voices, along with deleting podcasts wholesale, not particular ones, but the entire podcast series of Alex Jones.” – Former Trump data strategist Matt Braynard, speaking on Fox Business.