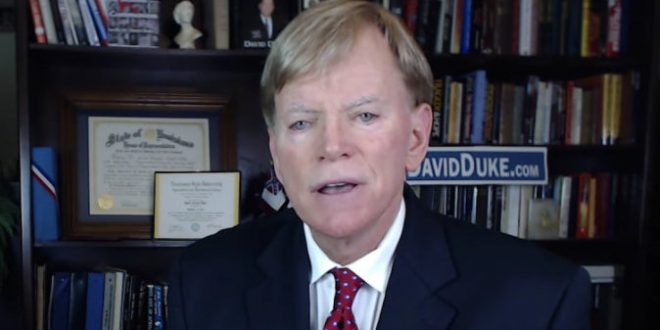 Fox News anchor Laura Ingraham’s Wednesday night monologue about immigrants destroying America was so racist it got the endorsement of David Duke, the former leader of the Ku Klux Klan.

During the opening to her primetime show The Ingraham Angle, Ingraham complained that “the America we know and love doesn’t exist anymore. Massive demographic changes have been foisted upon the American people,” she said, in the form of documented and undocumented immigrants.

Minutes later, Duke tweeted praise for Ingraham. “One of the most important (truthful) monologues in the history of MSM,” he wrote above a clip of Ingraham’s rant. He later deleted the tweet.