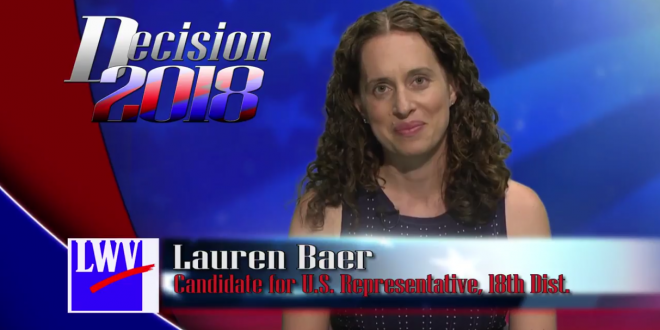 Via press release from the Victory Fund:

Openly LGBTQ candidate Lauren Baer won her primary for a U.S. House seat and is on-track to becoming the first openly LGBTQ person elected to Congress from Florida. The seat is considered pivotal to Democrats’ efforts to retake the House, and she will face Republican anti-LGBTQ incumbent Brian Mast in November. Baer will also be the first openly LGBTQ mother to serve in Congress if she wins on Election Day.

“Lauren’s victory is the latest in a rainbow wave that represents an evolution in American politics, with voters trusting proud out LGBTQ leaders to best advance the policies that improve their lives and communities. This is not about sexual orientation or gender identity explicitly, it is about the struggles and experiences of LGBTQ candidates providing perspectives and priorities that resonate with voters.

In 2011 he was President Obama’s guest at the State Of The Union address for his service in Afghanistan, where he lost both his legs.

In 2016 Mast was elected to his first US House term by a 10-point margin, beating Democrat Randy Perkins, who earlier this month was hit with an FEC complaint for allegedly kicking back $500K to a pro-Trump super PAC one day after his company was paid the same amount by the federal government.