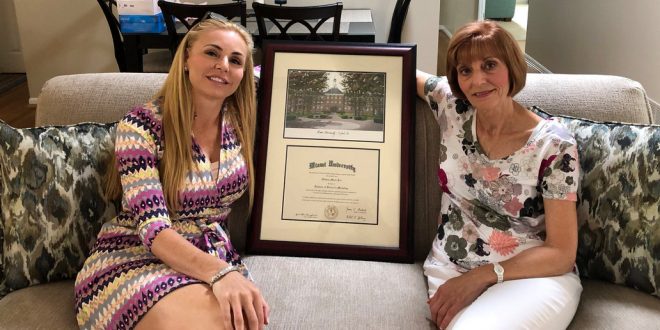 State House candidate Melissa Howard admitted Monday that she lied about having a degree from Miami University, apologized and declared she intends to stay in a race that has drawn national attention after it came out she was displaying a fake diploma and had gone to great lengths to deceive people about her college credentials.

“I would like to apologize to my family and my supporters for this situation,” Howard said in a statement. “It was not my intent to deceive or mislead anyone. I made a mistake in saying that I completed my degree. What I did was wrong and set a bad example for someone seeking public service. I am staying in the race and intend to win and lead by example from now on.”

With 13 days left before the Aug. 28 primary and more than 20,000 Republican ballots already cast in Sarasota and Manatee counties, Howard is gambling that voters will overlook her transgressions and the GOP will rally behind her if she makes it into the general election. Howard may have been emboldened by Republican Party leaders, who have not called on her to drop out, saying her fate should be left up to voters.

Previous ITALY: Dozens Feared Dead In Highway Bridge Collapse
Next Stephen Miller’s Uncle: Dozens Of Our Family Members Urged Me To Call Him Out As A Hypocrite [VIDEO]