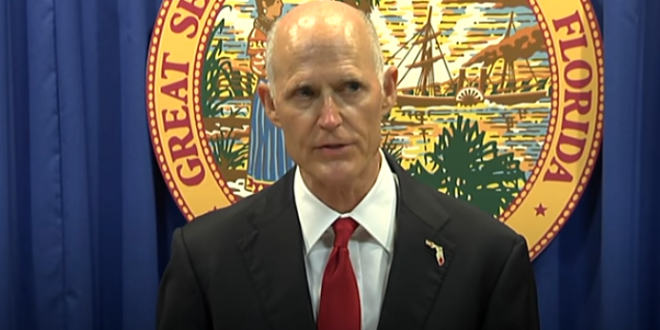 FLORIDA: Docs Show Gov. Rick Scott And His Wife Have Socked Away Tens Of Millions In The Cayman Islands

The investments had a minimum total value of $25 million and a potential value of $62 million, according to the financial disclosure statement Scott filed last month as a U.S. Senate candidate. The 125-page statement included details of Scott’s blind trust, managed by a New York trustee who’s a former business associate of the governor’s.

Scott’s assets totaled at least $255 million. The governor has not said whether he will continue to have a blind trust if he’s elected to the U.S. Senate. Of the 23 individual investments the Scotts listed, six are in the governor’s name and 17 are in his wife’s name.

Florida’s Senate primary is today. Earlier this month it was revealed that Scott invested millions in a high-speed rail venture after the company backed his Senate campaign. One of Scott’s first acts as governor in 2011 was to cancel a “wasteful” federal high-speed rail contract backed by Obama.

Previous Catholic League: If You’re Mad About The Molestation Scandal, You’re Just “Taking The Bait” Of Church Haters
Next South Carolina Gov. Henry McMaster: Democrats Are Like Dogs, Nice One On One, But Dangerous In A Pack