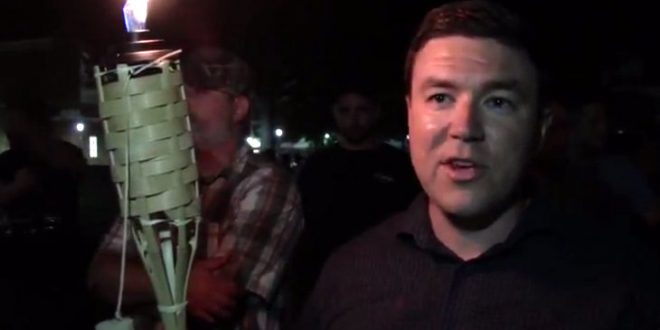 Metro is no longer considering running separate trains for protesters participating in the Aug. 12 “Unite the Right” white nationalists rally in the District, the transit agency’s board chairman said Saturday. Metro Board Chairman Jack Evans had previously said that running a separate train was among options being weighed by officials.

“Metro will not be providing a special train or special car for anyone next Sunday,” Evans said. Evans had said that Metro was simply exploring every option to prevent violence between rally participants and counterprotesters.

Word about the possibility of the service for rallygoers spread quickly Friday and Saturday, drawing condemnation from those who decried “special treatment” for white nationalist groups, which are focused on the goal of achieving a whites-only state or the separation of whites from other groups.

Outraged by the idea of providing service to a group of individuals who murdered a counter-protester at the first “Unite The Right” rally in Charlottesville, Virginia last August, Metro’s largest union leaked the plans to the press and vowed not to be involved in any effort to accommodate protest groups preaching intolerance.

“Sources have shared with ATU Local 689 that a hate group with Ku Klux Klan affiliation will be provided three private Metro rail cars and police escort to Foggy Bottom Metro Station for the ‘Unite the Right’ 2018 rally,” the union said.

“More than 80% of Local 689’s membership is people of color, the very people that the Ku Klux Klan and other white nationalist groups have killed, harassed and violated. The union has declared that it will not play a role in their special accommodation.”