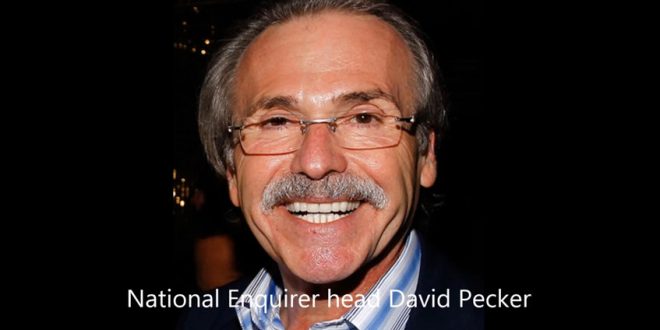 David Pecker, the chairman and CEO of American Media Inc., has resigned from the boards of the Canadian media company Postmedia effective immediately, according to a press release. “David noted that it is important for him to focus his efforts on ensuring that his businesses are best positioned for continued growth,” Peter Sharpe, the lead director of the Postmedia board, said in the release.

Postmedia is Canada’s largest media company and owns the Vancouver Sun, the National Post, the Ottawa Citizen, dozens of other newspapers. In recent days the company has been pressured by a journalists union to ditch Pecker.