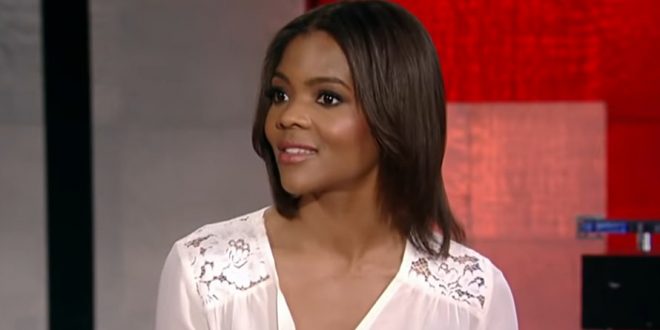 Candace Owens: The Media Is “Publicly Lynching” Paris Dennard For Being An “Uppity Black” Conservative

Of course Breitbart is all over this:

Prominent conservative commentator Candace Owens tweeted Thursday morning that the media were attempting a “public lynching” of fellow black conservative Paris Dennard because he had proven an effective advocate for President Donald Trump.

On Wednesday evening, the Washington Post‘s Aaron Davis published a story revealing that Dennard had been dismissed in 2015 from a previous job at Arizona State University “for making sexually explicit comments and gestures” toward two women. The accusations covered events in 2013 and 2014, and were described in a sealed report — along with Dennard’s denials and defenses.

The Post‘s article makes clear that the primary reason for its “investigation” was to target President Trump and Dennard’s advocacy on his behalf. The headline read: “Trump called this White House defender ‘wonderful.’ He was fired from his previous job for alleged sexual harassment.

Two days ago, @PARISDENNARD, a black Trump supporter, was praised by the president. Today, he is trending across the media as he was just fired from @CNN for sexual assault allegations from 2014.

Black Trump supporters, PAY ATTENTION. This is a public lynching—first of many. https://t.co/p07E59Ss99

I want everyone to pay attention to what is happening to @PARISDENNARD and remember my words:

The media will begin digging and perpetuating stories (lynchings) of EVERY prominent black Trump supporter there is. The recent polling of black support for Trump at 36% is the reason.

Here is the viral clip of an “uppity black” standing up to the intelligence community on national TV. This garnered praise from @realDonaldTrump.

Two days later, sexual assault allegations from 2014 surface and he is fired.

Previous Roy Moore Files SCOTUS Brief Against Trans Rights: Those People Don’t Deserve Respect In The Workplace
Next Giuliani: Trump Asked About Pardoning Paul Manafort Weeks Ago, Was Advised Against Doing So For Now