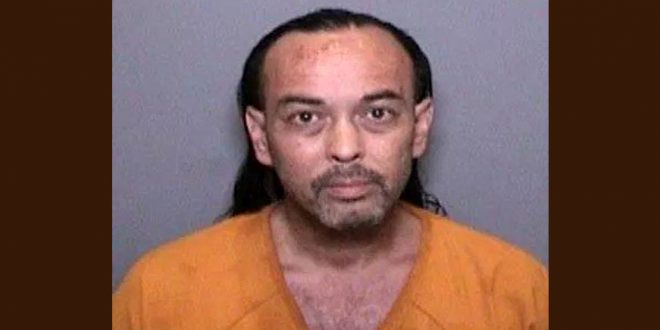 A man arrested on Tuesday in connection with a devastating wildfire in Southern California is a conspiracy theorist who posted videos about satanic rituals and QAnon. “This place is going to burn,” Forrest Clark, 51, allegedly texted a volunteer fire chief two weeks before an inferno enveloped Orange County, burning nearly 20,000 acres and destroying 12 homes.

The Holy Fire still rages and is only 5 percent contained, the Orange County Register reported. On his Facebook page, Clark had posted dozens of videos spanning years delving into absurd conspiracies, including beliefs that Satanists run amok and control the world.

He believed Pizzagate is real (it’s not, but it did lead to a seriously dangerous situation) and more recently that someone deep within the U.S. intelligence community is posting clues to troll boards, including 4chan and 8chan, about a coming political reckoning.

The So Cal Holy Fire is burning out of control in Orange County. 10,000+ acres have burned, and it’s only 5% contained. The sheriff has arrested Forrest Clark, 51, on suspicion of arson. He threatened to burn everything down in a message to the sheriff a week earlier. pic.twitter.com/dWP4k1cIhe

Based on his social media pages, Clark is a sovereign citizen who believes in just about every kooky conspiracy out there, including QAnon, Pizzagate, Jade Helm 15, flat earth theories, NESARA, Jesuit conservancies, shape-shifting lizard overlords. You name it, he believes it.

Over the years, Clark bought into just about every nutty theory out there. Satanic rituals, shape-shifting lizard people, Jade Helm 15, Agenda 21, targeted individuals, medical quackery, and so on. pic.twitter.com/NllyhmLrcn

Like so many in the country, he recently became fixated with fabricated politically motivated pedophilia, and was an early QAnon “researcher.” pic.twitter.com/3iwezUFT9f

Based on his timeline, Clark spent a lot of time on YouTube absorbing 9/11 truther theories, Sandy Hook was fake theories, and just about every major Alex Jones “false flag” story. pic.twitter.com/60grgeC5mP

Previous Democrats Serve Wikileaks With Lawsuit Via Tweet
Next Scott Lively Loses Appeal To Reword Judge’s Ruling That Calls Him Abhorrent, Pathetic, And A Crackpot Bigot