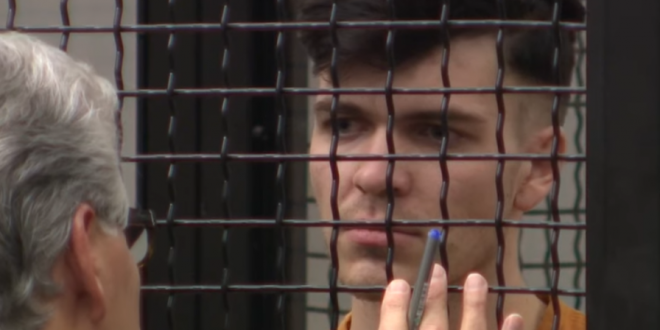 “A hate crime enhancement based on sexual orientation is appropriate due to the evidence developed by looking at Woodward’s cellphone, laptop and social media,” Rackauckas said. “All of this revealed the dark side of Woodward’s thoughts and intentions.”

Bernstein went missing late Jan. 2 after Woodward picked him up from his parents’ home in Lake Forest. Bernstein, who was on winter break from the University of Pennsylvania, knew Woodward from attending Orange County School of the Arts in Santa Ana together.

Following an eight-day investigation, Bernstein’s body — which was stabbed multiple times — was found in a shallow grave in Borrego Park in Lake Forest. Woodward was arrested days later on Jan. 12 at his Newport Beach home. On Jan. 17, he was officially charged with one felony count of murder.

According to prosecutors, Woodward’s social media posts were “racist, homophobic, anti-Semitic, misogynistic, and anti-government.” In January, Woodward was linked to a neo-Nazi group suspected in four other murders.