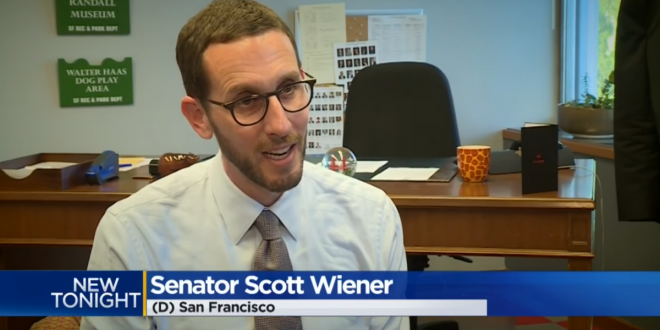 CALIFORNIA: Governor Gets Bill Allowing Some Cities To Decide If Bars Can Stay Open Until 4AM [VIDEO]

Gov. Jerry Brown will decide whether San Francisco, Oakland and five other California cities should be allowed to keep their bars open until 4 a.m.

Under a bill the state Legislature approved Thursday, the cities could participate in a five-year pilot program that extends the time alcohol can be served at bars, nightclubs and restaurants by two hours, starting in 2021.

SB905 by state Sen. Scott Wiener, D-San Francisco, passed the Senate by 28-8 on Thursday. The Assembly approved it Wednesday. The bill heads to Brown, who has until Sept. 30 to sign it, veto it or let it become law without his signature. The governor has not indicated whether he will approve the bill.

The bill has loud detractors:

“While we want our local businesses to thrive, no good can come from serving alcohol until 4 a.m. If this passes we can expect more DUIs, more drunk driving injuries and more alcohol related deaths,” stated Councilmember Koretz.

“No district is an island and it is outrageous to call this a local discretion bill when its impacts will spill over into adjacent jurisdictions that will be stuck with the very expensive public safety bill – the cost of life and death. For these reasons and more, I am opposed to SB 905. Because public safety should not be for sale.”

The Legislature just gave final approval to our bill allowing cities to extend last call to 4 a.m. The bill now heads to the Governor. We will make the case to the Governor that cities should be able to decide for themselves what kind of nightlife makes sense. pic.twitter.com/XZTdTUnRff