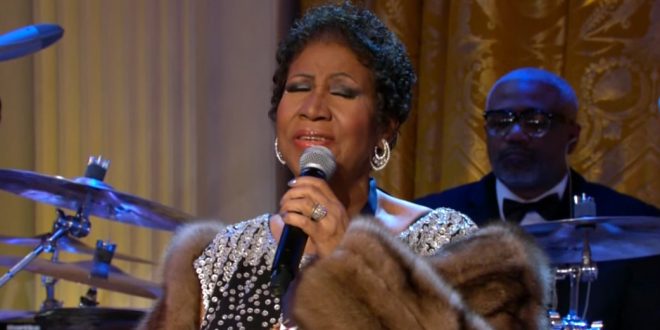 Aretha Franklin, known for having one of the greatest voices in music history, and for hits like “Respect,” and “(You Make Me Feel Like) A Natural Woman” died Thursday after a long battle with cancer, TMZ has learned.

Sources close to the singer tell us Aretha passed away in her Detroit home where she was under hospice care. She’d been in failing health for many months and she was down to 86 pounds. One source told us he was informed more than a week ago that Aretha could go at any time.

She was surrounded by friends and family when she passed. She had appeared incredibly frail in recent years, and rarely performed live. Her most recent appearance was last November for Elton John’s AMFAR event.

Previous NYC To Replace Infamous Rikers Island Jail Complex With Small “Community-Based” Jails In Four Boroughs
Next Dana Loesch: The #MeToo Movement Was Invented To Hijack Real Abuse And Use It As A Political Weapon