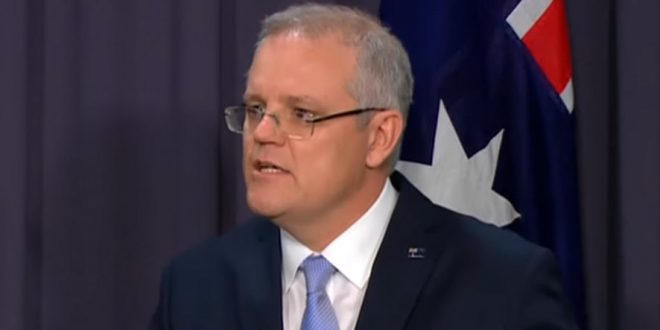 Scott Morrison has become Australia’s new prime minister after Malcolm Turnbull was forced out by party rivals in a bruising leadership contest. Mr Turnbull had been under pressure from poor polling and what he described as an “insurgency” by conservative MPs.

Mr Morrison, the treasurer, won an internal ballot 45-40 over former Home Affairs Minister Peter Dutton – who had been Mr Turnbull’s most vocal threat. Mr Turnbull is the fourth Australian PM in a decade to be ousted by colleagues.

Via press release from Just Equal:

“We’re concerned that Mr Morrison opposed marriage equality during the postal survey, and is a proponent of so-called ‘religious freedom’ laws that would allow greater discrimination against LGBTI people.”

“We hope Mr Morrison will govern for all Australians, and not use ‘religious freedom’ as an excuse to erode equal rights and protections for LGBTI Australians. Our message to Mr Morrison is that LGBTI people are Australians too, are as Prime Minister he has a duty to look after our welfare and protect our rights along with all other Australians.”

With an election due by May, he may last just months in the job. https://t.co/jlTWwuQA1B

We’re on your side. pic.twitter.com/TW2JJLz865

Previous CHATTER AWAY: Overnight Open Thread
Next Trump To Jeff Sessions: Why Isn’t Hillary In Jail Too?