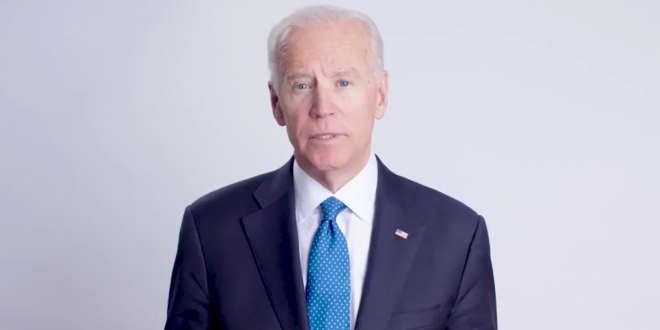 As You Are: Biden Foundation Launches Awareness Campaign For Acceptance Of LGBTQ Youth [VIDEO]

Former Vice President Joe Biden is launching an awareness campaign to promote the importance of family acceptance of LGBTQ youth. The vice president’s Biden Foundation kicked off the “As You Are” initiative on Tuesday with a video campaign, featuring Biden, pop singer Cyndi Lauper, former NFL player Wade Davis and numerous LGBTQ advocates and activists.

“We’ll use our resources to highlight the harms of family rejection and lift up research, best practices and personal stories to show the importance of family acceptance,” said Biden in the video campaign.

The organization is now putting out a call for stories of those who have experienced difficulties growing up as in the LGBTQ community or even stories of success for those that are in need of a message of hope. The campaign will collect stories from LGBTQ youth, parents, siblings, educators and allies to “help educate the broader public about the critical importance of affirming, accepting, and supporting our LGBTQ young people,” according to the foundation.