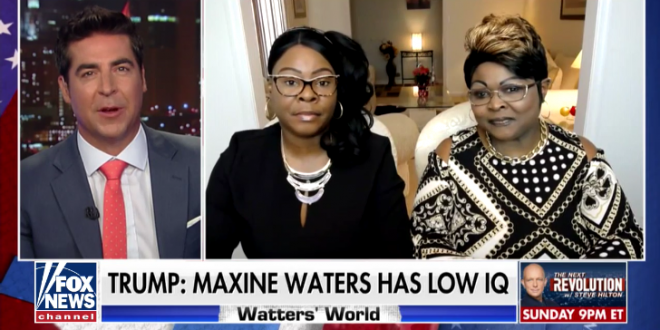 “The president is right. Maxine Waters’ I.Q. is very low,” Diamond began. She then said this: “We look at her as a domestic terrorist. She is telling Americans to attack other Americans. It’s a problem. Maxine Waters and her rhetoric it is like the gift that keeps on giving to the Republican Party so we want her to keep talking.”

Silk then added a “that’s right” to stress the point. Watters, though, quickly made it clear he would not go that far. “I wouldn’t go so far as to call her a domestic terrorist,” the Fox News host said. “That might be a little over the line.”