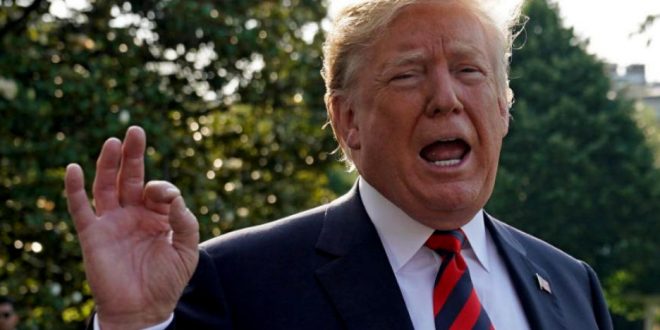 President Trump will order American flags lowered to half-staff to honor the victims of a deadly shooting last week at an Annapolis, Md., newspaper, CNN reported.

White House press secretary Sarah Huckabee Sanders told CNN that the president made the decision to lower the flags after he received a request to do so from Annapolis Mayor Gavin Buckley.

Buckley said that Trump had initially declined his request to lower flags in honor of the victims and their families, the Capital Gazette reported Monday.

Sarah Huckabee Sanders tells CNN that president Trump will lower flags for the victims of the Capital Gazette shooting:

“Last night, as soon as the President heard about the request from the Mayor he ordered the flags to be lowered.”

The proclamation will be coming shortly.

The @capitalgazette reported last night that the Mayor’s request had been denied. https://t.co/FXT9V446Qz
It was only after their report that the White House moved to approve the request.

Previous Trump: If Not For Me, We’d Be At War With North Korea
Next Scott Pruitt Kept Secret Calendar Of Shady Meetings