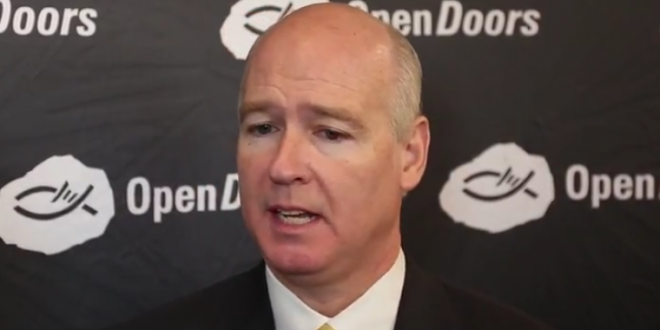 The U.S. House Appropriations Committee has attached an amendment to a government funding bill that allows child welfare agencies to discriminate against prospective parents, including same-sex couples, based on the agency’s religious beliefs.

The amendment, introduced by U.S> Rep. Robert Aderholt (R-Ala.), was added to a funding bill for the Departments of Labor, Health and Human Services, and Education. It passed 29-23, along party lines, with U.S. Rep. Scott Taylor (R-Va.) the only Republican to vote against the amendment.

House Republicans are pandering t0 their far-right base at the expense of LGBTQ people and children in need of a home. Rather than focusing on empowering families or uniting children with their parents, Republicans on the House Appropriations Committee voted to give child welfare agencies a license to discriminate against qualified potential parents.

Across the country, LGBTQ candidates are running for office and taking a stand against the Trump-GOP agenda, which seeks to roll back the progress we have made. In November, voters will stand together in the face of this bigotry and hate and elect Democrats up and down the ticket.

.@RepMikeQuigley notes the contradiction between @HouseGOP supporting children being held in cages but preventing children from being fostered or adopted by a loving family.

The Committee adopted, on a 29-23 vote, the @HouseGOP amendment to give child welfare providers a #LicenseToDiscriminate against LGBT families who want to foster or adopt. All @AppropsDems opposed the amendment.

RELATED: In his 2016 campaign clip, Aderholt and his obedient handmaiden complain that they live in a world in which Christians are being persecuted. “We must not bow to political correctness.”

Previous Dwayne Johnson: I Won’t Run For President In 2020
Next GOP House Rep Bought Yacht On Very Day He Saved Millions On His Taxes With Passage Of GOP Tax Bill