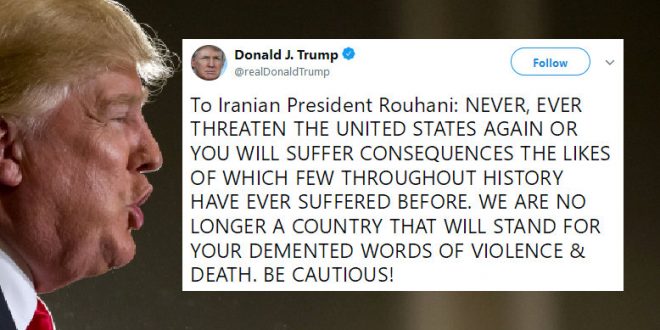 Glorious Leader is reacting to this:

Rouhani warned Trump to stop “playing with the lion’s tail” and threatening Iran, “or else you will regret it.” Trump has suggested Iranian leaders are “going to call me and say ‘let’s make a deal'” but Iran has rejected talks.

Now that Obama’s poll numbers are in tailspin – watch for him to launch a strike in Libya or Iran. He is desperate.

I predict that President Obama will at some point attack Iran in order to save face!

Remember that I predicted a long time ago that President Obama will attack Iran because of his inability to negotiate properly-not skilled!