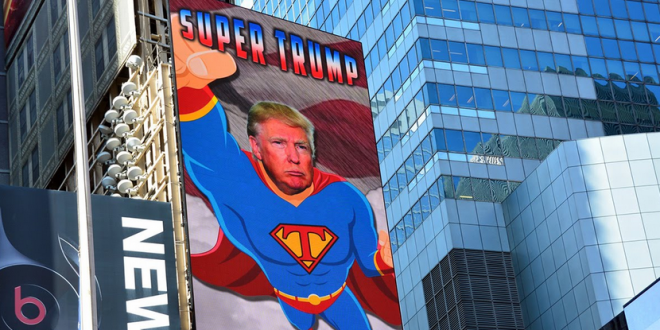 President Donald Trump has tweeted a strange Simpsons-inspired video that portrays him as “Super Trump,” commenting that people didn’t used to “get it”—but they do now.

In a Sunday night message, Trump shared the three-minute video, which features clips from cartoon The Simpsons, as well as footage from his election campaign, alongside a message aimed at his detractors.

“They just didn’t get it, but they do now!” the president wrote, presumably in reference to his popularity among voters in 2016 and surprise election win.

They just didn’t get it, but they do now! pic.twitter.com/9T50NupkDy