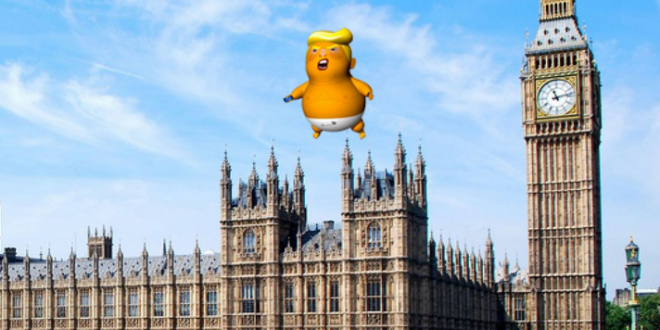 Donald Trump will almost entirely avoid London during his four-day visit to the UK next week, Downing Street has said, unveiling an itinerary likely to prompt accusations the US president is trying to avoid planned protests against him. And while the president is conducting his meetings, the first lady, Melania, will have an agenda of her own, in the company of her opposite number, Philip.

Trump, who is to meet Theresa May and the Queen among others before spending two days in Scotland, will only spend the night in London on Thursday, the day of his arrival, staying at the US ambassador’s official residence in Regent’s Park, Winfield House. Before that he will attend a gala dinner at Blenheim Palace in Oxfordshire, and the following day he will hold talks with the prime minister at her Chequers country retreat in Buckinghamshire. Both are places where protesters can be kept out of sight and earshot.