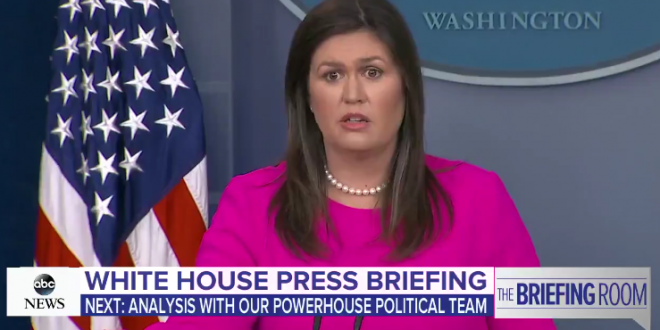 Trump Seeks To Yank Security Clearance Of His Critics

Sen. Rand Paul (R-Ky.) said that he plans to meet with President Trump on Monday and ask him to revoke the security clearance of former CIA director John Brennan, who has been a harsh critic of Trump on Russia and other issues. Brennan, who served under President Barack Obama, last week used the word “treasonous” to describe Trump’s performance at his summit with Russian President Vladi­mir Putin in Helsinki, saying it showed he was “wholly in the pocket of Putin.”

White House press secretary Sarah Huckabee Sanders told reporters that President Trump is targeting these officials’ security clearances because they “have politicized and in some cases monetized their public service” and have made baseless claims about the president’s relationship and contacts with the Russian government.

Press Sec. Sanders: “Not only is the president looking to take away Brennan’s security clearance, he’s also looking into the security clearances of Comey, Clapper, Hayden, Rice, and McCabe…because they’ve politicized and in some cases monetized their public service.” pic.twitter.com/X24GmU06ci

Press Sec. Sanders tells @TerryMoran: “The president doesn’t like the fact that people are politicizing agencies and departments that are specifically…not meant to be monetized off of security clearances.” https://t.co/NkJuIoyFEp pic.twitter.com/jLdsxwGePv