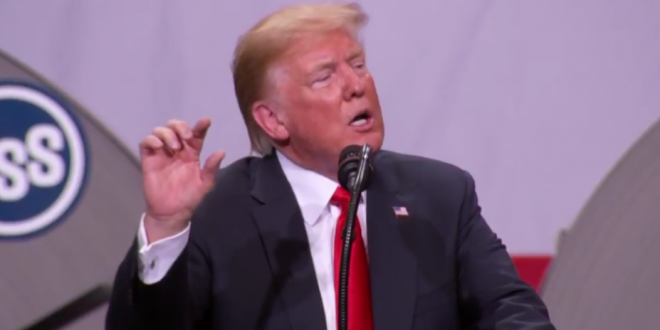 Trump Lies To Steel Workers: I Won The Women’s Vote

During a Thursday Granite City, IL speech at one of U.S. Steel’s mill, Trump touted job numbers, giving himself a pat on the back for recent employment growth before erroneously claiming he secured the majority of the women’s vote.

Addressing a cheering crowd, Trump said, “I did win that women’s vote, didn’t I? Remember? Remember they said, why would women vote for Trump? I don’t know, but I got more than she did. That’s pretty good.” Contrary to Trump’s assertion, 54 percent of women voted for his challenger, Hillary Clinton, compared to his 42 percent.

.@realDonaldTrump: “Women, sorry disappoint you. This is tough. But I did win the women’s vote didn’t I? They said why would women vote for Trump? I don’t know. I got more than SHE did!” pic.twitter.com/yS3PILxQLT