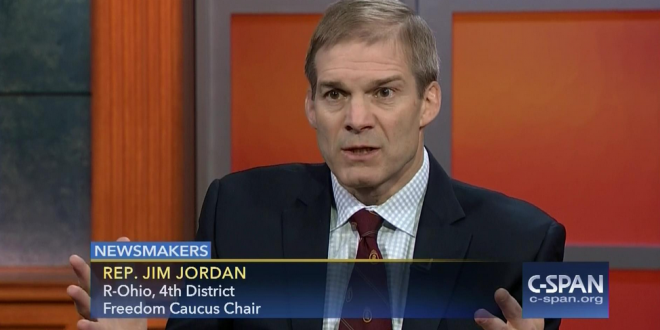 U.S. President Donald Trump said on Thursday he did not believe allegations by several former wrestlers at Ohio State University coached by Republican Representative Jim Jordan that he was aware the team doctor was molesting them.

“Jim Jordan is one of the most outstanding people I’ve met since I’ve been in Washington. I believe him 100 percent,” Trump told reporters aboard Air Force One while traveling to Montana.

The wrestler, Shawn Dailey, said he was groped half a dozen times by Dr. Richard Strauss in the mid-1990s, when Jordan was the assistant wrestling coach. Dailey said he was too embarrassed to report the abuse directly to Jordan at the time, but he said Jordan took part in conversations where Strauss’ abuse of many other team members came up.

“I participated with Jimmy and the other wrestlers in locker-room talk about Strauss. We all did,” Dailey, 43, told NBC News, referring to Jordan. “It was very common knowledge in the locker room that if you went to Dr. Strauss for anything, you would have to pull your pants down.”

"What happened drove me out of the sport. So I was surprised to hear Jim say that he knew nothing about it," says Shawn Dailey, good pal of @Jim_Jordan.
“Jimmy’s a good guy, but to say that he had no knowledge of it, I would say that’s kind of hurtful.” https://t.co/7SeCNrFC3L

Previous HHS Sec. Alex Azar Suggests Migrants Claiming To Be Parents Are Unrelated To Children Taken From Them
Next NYC Ends Tax Break For Glorious Leader’s Trump Tower Apartment As It’s No Longer His Primary Residence