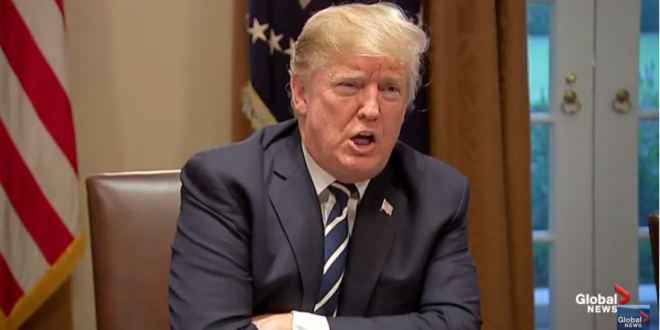 For the second consecutive day since he broke with America’s spy agencies over Russia’s election meddling, President Donald Trump on Wednesday will not get an intelligence briefing. The daily presidential guidance email sent out each evening by the White House initially featured only one item, an 11:30 a.m. Cabinet meeting.

Trump’s public schedule typically begins with a late-morning intelligence briefing in the Oval Office after his “executive time” in the White House residence, during which he tweets while watching cable news. He also uses that time to call lawmakers and friends, aides say. The official guidance for Tuesday also did not include an intelligence briefing.

The two briefing-free mornings come after Trump on Monday publicly broke with his director of national intelligence, former Indiana GOP Sen. Dan Coats, on foreign soil by siding with Russian President Vladimir Putin’s version of events over Coats and other senior intel officials.

Previous GOP Rep. Matt Gaetz Regrets Appearing On InfoWars
Next Contrary To His Own Director Of National Intelligence, Trump Claims Russia Is No Longer Targeting America