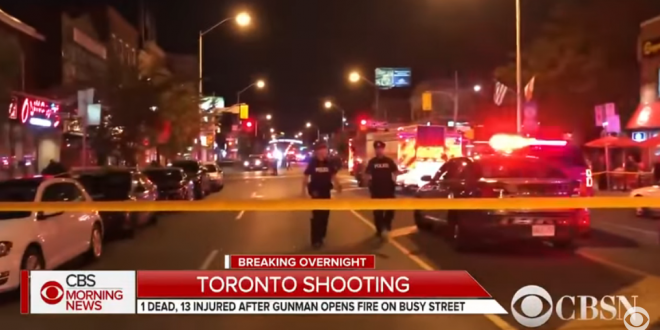 Ontario’s police watchdog has identified the man responsible for a shooting rampage in Toronto’s Greektown as Faisal Hussain. The Special Investigations Unit says Hussain is a 29-year-old from Toronto. Police have said he was found dead after exchanging fire with police during the shooting on Sunday night. Two people were killed and 13 others injured in the incident. The SIU said they identified the man after talking with a member of his immediate family and confirming his identity. It said an autopsy for Hussain was scheduled for Tuesday morning in Toronto.