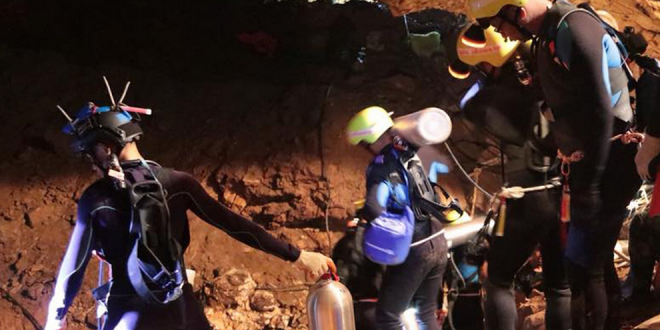 At least three boys who have been trapped inside a Thai cave appear to have been rescued, as authorities race against time to free the remaining boys and their soccer coach who have been underground for more than two weeks.

A member of the rescue team stationed at the entrance of the cave witnessed three boys being evacuated out of the cave in northern Thailand late Sunday.

The boys emerged several hours after a team of 13 international cave diving experts and five Thai Navy SEALs entered the cave to begin the treacherous attempt to accompany the boys one by one through the flooded, narrow tunnels.

VIDEO: The rescue mission chief says the 12 boys trapped in a cave in northern Thailand will “come out in groups, one kid will be chaperoned by two caretakers” as rescue efforts begin following days of preparation pic.twitter.com/dvveDWs4FS